Undercover Cody in the news

It was an overcast day but the sun certainly shone indoors at Papatawa and Woodville Schools on Thursday October 21 when Under Cover Cody paid them a visit.

This was an initiative of the Manawatu Cancer Society to promote the Sunsmart message with summer approaching.

Its Health Promoter Sasha Stevenson saw the opportunity to bring Under Cover Cody down from the Waikato where he has been a star promoting the Sunsmart message for a decade. They visited 6 schools and pre-schools in the Manawatu, Woodville being the choice this side of the ranges.

This suited the Waikato Cancer Society which was evaluating Cody’s impact after such a long time performing locally and on U-Tube. They need not have worried – he went down a treat!

The show takes the story of a young lady (Sasha Stevenson) going out for a picnic and its stopped by Cody who points out she is not observing the four principles of Sunsmart Slip (on a long sleaved top), Slop (on sunscreen), slap (on a hat) wrap (around sunglasses).

After stamping his foot to denote stop four times as she heads off he gets the message across about the four principles with the children interacting and the show concludes with a very catchy dance and lyrics sung multiple times to reinforce the message as the children imitate.

Both Principals Wynita Katene from Papatawa and Jerry McGirr from Woodville strongly support the Sunsmart message and were delighted to have Under Cover Cody visit. Both schools have strong policies to protect their children for the rays of the sun.

The schools each received a CD of the song. 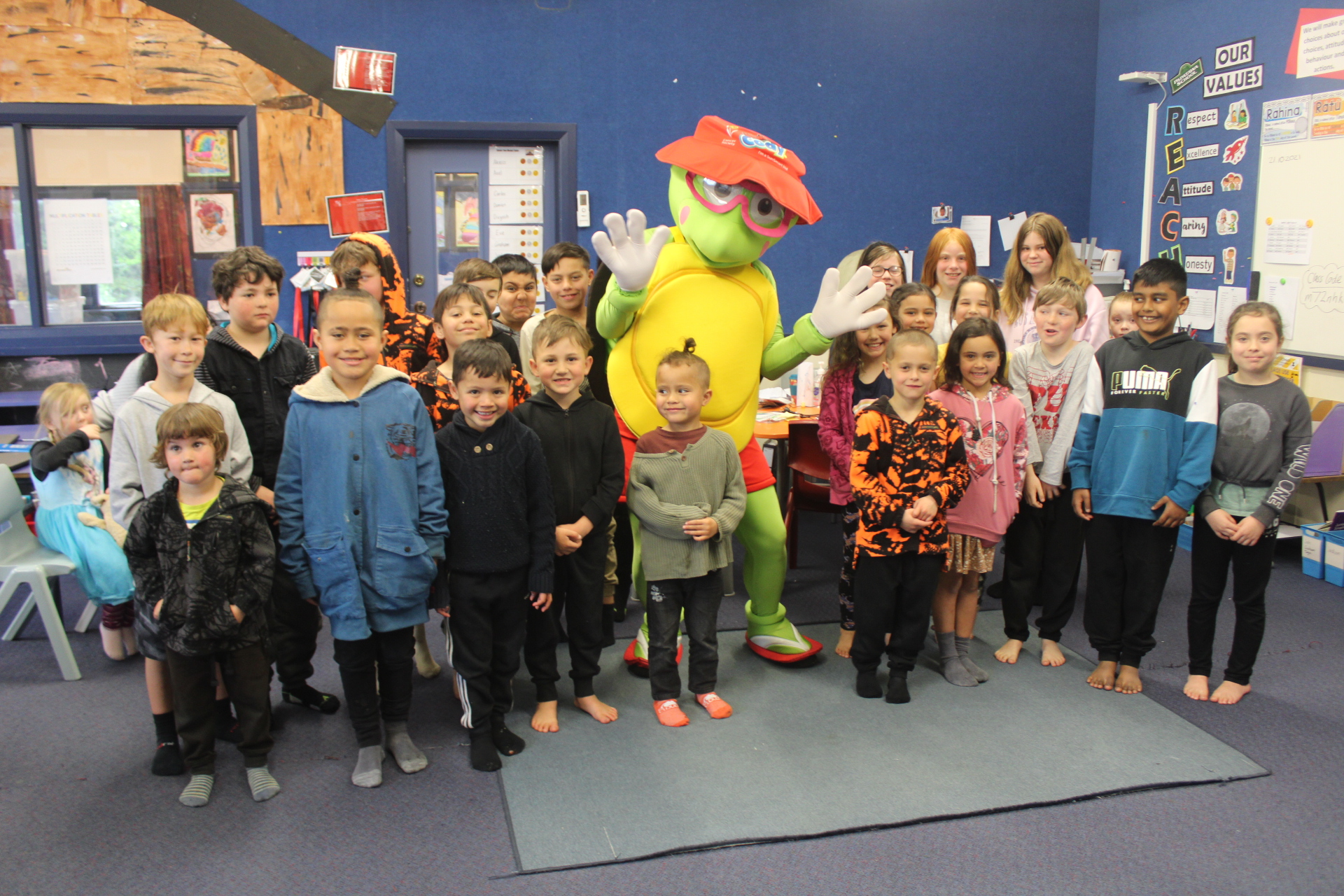 Under Cover Cody With the Papatawa children after his show. 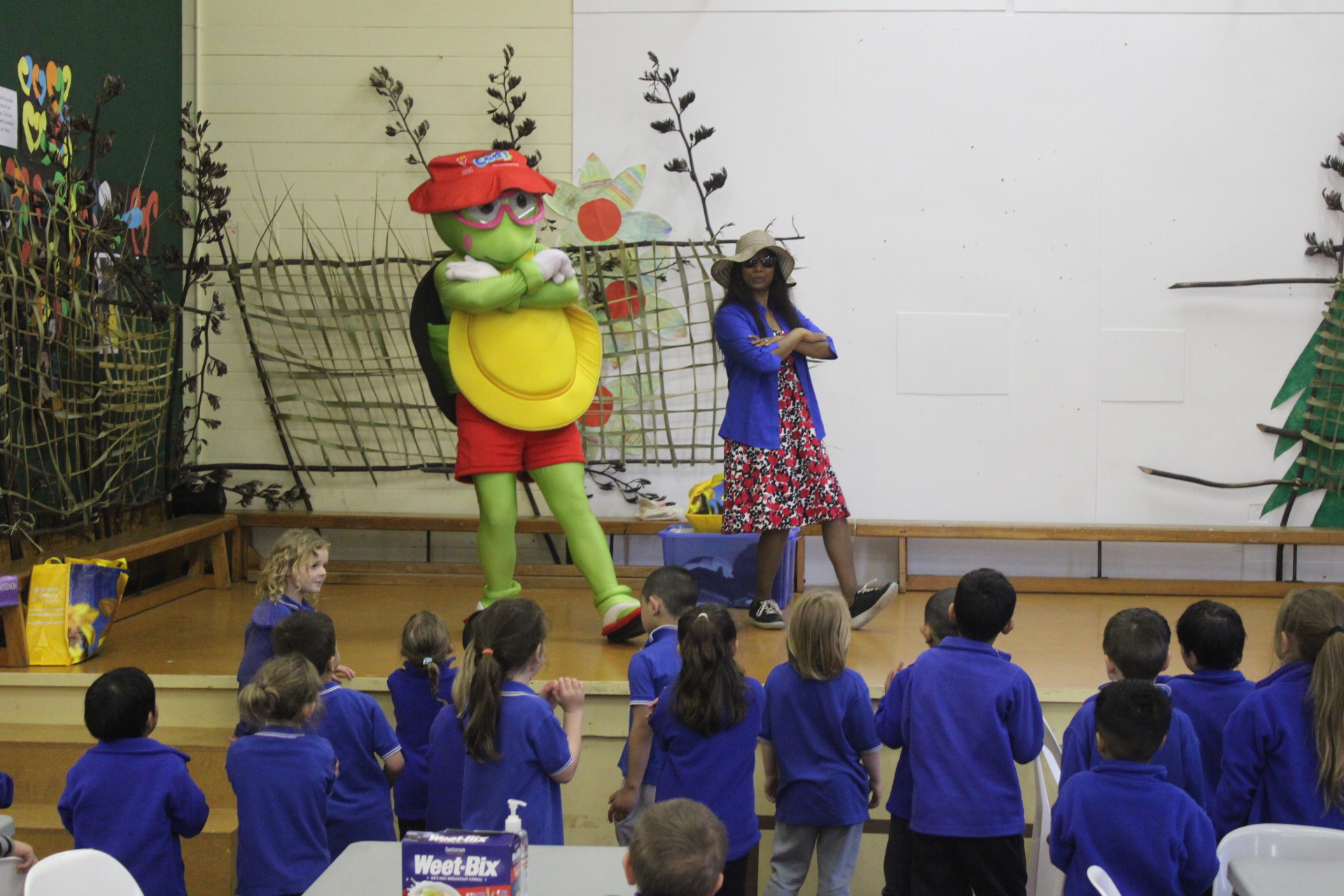 He and fellow star Sasha Stevenson do the sun smart dance. 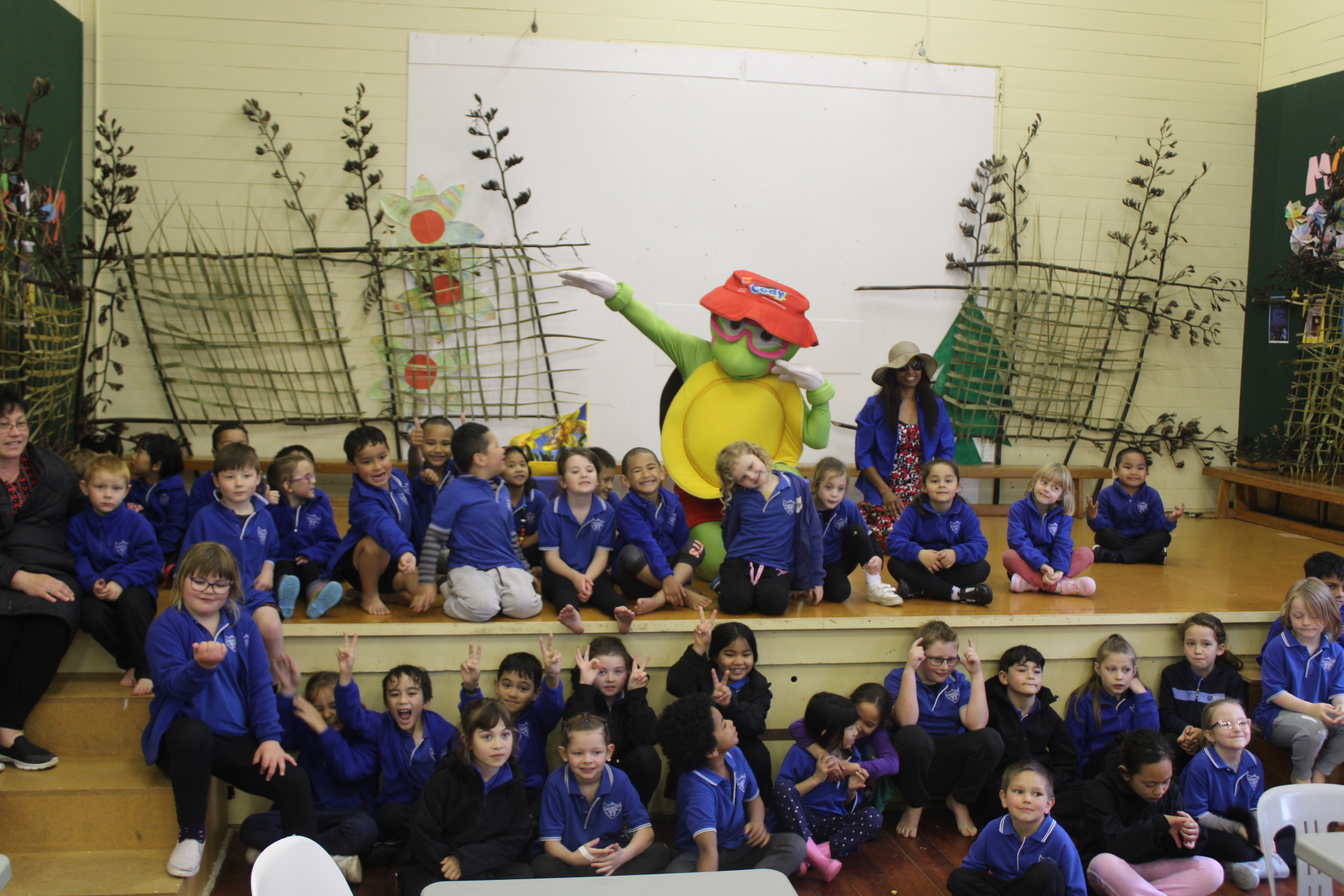 Woodville School students with their favourite Under Cover Cody